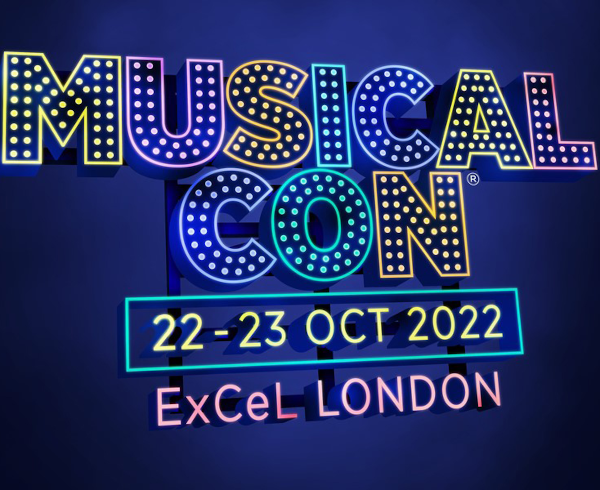 Today saw the announcement of the UK’s first musical theatre convention, Musical Theatre Con, which will be held at the ExCeL London over a weekend this October.

Over the weekend, fans will have the opportunity to meet the stars, celebrate the shows, and learn from the pros as never before. And, it won’t just be the stars taking centre stage – everyone is invited to join in with an epic cosplay competition, fan meetups, musical lip-sync battles and show sing-alongs. The convention will be every musical theatre fan’s fantasy. The Main Stage will be where fans enjoy unique performances, surprise cast reunions, interviews, Q&As, discussion panels and show spotlights. At Stage Door they can get up close and personal with their stage faves with meet and greets and photo and autograph opportunities.

Theatreland will host interactive show experiences, a marketplace full of stalls selling fandom merch and memorabilia, shops selling musical theatre clothing and accessories, and even a musical theatre themed café. In the Backstage area, enthusiasts will enjoy an extensive selection of musical theatre workshops, masterclasses, and talks run by the cast and creatives of the shows as well as stands from schools and colleges. There’s even a competition to find the UK’s next musical theatre star with a chance to perform on the main stage!

West End Musical Productions are organising Musical Con with the support of the Society of London Theatre, the charity that runs Official London Theatre!