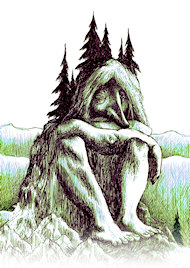 The Jermyn Street Theatre recently won "The Best Fringe Theatre of the Year" in The Stage 100 Awards and it is increasingly obvious why. Under the artistic leadership of Gene David Kirk we have been treated to production after production of the highest standard making it definitely the fringe theatre to go to.  Combining the re-visiting of little performed works, premieres of 'forgotten' plays and  imaginative new works, the artistic heart of the theatre beats ever stronger. Most recently, Gene David Kirk's own production of Charles Dyer's Mother Adam has been receiving 4 and 5 star reviews and been described in The Times as "the show critics would pay to see" and previous shows have included; Trumbo (with Corin Redgrave), Ibsen’s Little Eyolf, The River Line by Charles Morgan, The Two-Character Play by Tennessee Williams and The Art Concealment about playwright Terence Rattigan.

This production of Ibsen's St John's Night will be directed by Anthony Biggs, whose production of Little Eyolf with Imogen Stubbs was so moving. Bitingly satirical, when it was first performed it was seen as holding an unflattering mirror up to the faces of Ibsen's countrymen and was received by critics with offended scorn. Ibsen's reaction to this was to turn his back on the work and it is unique in being the only one which he refused to be published during his lifetime. The play remained out of his collected works for years after his death, which goes far to explain why it has not been performed since and has never been seen in the UK before now.

This fairy-tale comedy, Ibsen's first publicly performed play, was commissioned in 1851 by the eccentric violinist Ole Bull for the newly-established National Theatre in Bergen. It is an enchanting tale of mischievous goblins, mismatched lovers and secret inheritances; loosely based on Shakespeare's A Midsummer Night's Dream. Exploring themes of cultural inheritance, nationalism and the supernatural that appear more clearly defined in Ibsen's later realist cycle, St John's Night is a riotous and satirical comedy - something with which he is not normally associated!

The cast includes Sara Crowe, Louise Calf and Isla Carter. Sara has appeared at the Jermyn Street Theatre before in Less Than Kind and has a very successful stage, TV, radio and film career despite being perhaps most remembered for being the 'lovely' girl in the Philadelphia adverts :-)

<< Back to NEWS
All news and reviews by Gene>>