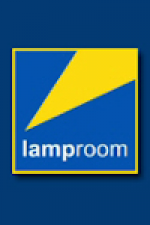 Information for Brassed Off at Lamproom Theatre, Barnsley (Play). The play takes place in the fictional northern town of Grimley. Rumour and gossip are fierce, as its residents are facing the possibility of pit closure. Not only are they confronting the prospect of unemployment, but also the added crisis of their beloved Collier Brass Band, as old as the mine itself, being in danger of totally dissolving. Band members struggle on with their weekly rehearsals, despite the worry, and endeavor to reach their ultimate goal of the National Brass Band Championships. Pressures and fictions along the way however, prove to make the road to victory rather rocky.

Monday, 23rd May 2022 to Sunday, 29th May 2022.
VENUE DETAILS: Lamproom Theatre
Scroll down for reviews, theatre information and other details.