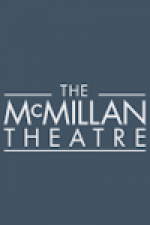 Find the best Basil Brush - Unleashed performance tickets at McMillan Theatre, Bridgwater. The puppet fox. Expect Basil Brush's trademark anarchy as he takes on the world with everything from Love Island to Westminster getting a comic Brushing. With nightly guests, this is going to be one hell of a debut. This fluffy-tailed fella is known across the UK. Born in 1962, Basil had his own TV show at the young age of 6 (or 34 in human years) and entertained the masses up until 1984. After a well-deserved break, Basil relaunched the show in 2002 to great acclaim where it ran for a further five years. Since then he has appeared in some the UK's best loved programmes including The Chase, Bruce Forsyth's The Generation Game, The Weakest Link, Celebrity Juice, The Last Leg and made a very special appearance as Dobby in French & Saunders sketch Harry Potter and the Secret Chamberpot of Azerbaijan for Comic Relief. Basil Brush - Unleashed website.
Age Advisory: 16+

Basil Brush - Unleashed tickets: The tabs above allow you to select between links to suppliers and date searching. Click on a supplier's logo to see their details and on the 'buy now' button to see and check the tickets on offer. Meal deals (tickets plus a meal) usually represent excellent value for money. Theatre breaks (tickets plus a hotel room) can provide considerable savings.