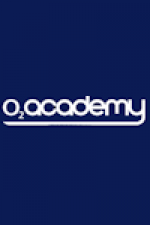 Find the best The Enemy concert tickets at O2 Academy Bristol, Bristol. The Enemy released their pulverising debut single 40 Days and 40 Nights' on rejuvenated punk label Stiff Records - once home to the Damned and early Elvis Costello. Proof that the Coventry-born trio were already loud enough and visceral enough to awaken a sleeping giant! Four top 20 singles and one platinum album later, The Enemy are one of the biggest bands in the UK. After touring with the Manics, the Stereophonics and the Stones, and headlining the NME Rock 'n' Roll Riot Tour, it seems the sky's the limit!

The Enemy tickets: The tabs above allow you to select between links to suppliers and date searching. Click on a supplier's logo to see their details and on the 'buy now' button to see and check the tickets on offer. Meal deals (tickets plus a meal) usually represent excellent value for money. Theatre breaks (tickets plus a hotel room) can provide considerable savings.