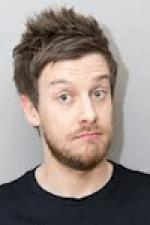 Information for Chris Ramsey - 20/20 at Villa Marina and Gaiety Theatre, Douglas (Comedy). Since appearing on the comedy circuit in 2009, Chris has experienced a meteoric rise to the top. He has previously appeared on 8 Out of 10 Cats (Channel 4), Show and Tell (E4), Comedy Rocks (ITV1) and Russell Howard's Good News (BBC3), and is soon to be seen on Celebrity Juice (ITV2), Argumental (Dave) and Richard Bacon's Beer and Pizza Club (ITV4). Chris Ramsey - 20/20 website.