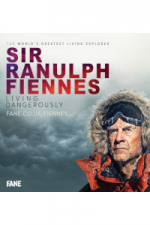 Find the best Sir Ranulph Fiennes - Living Dangerously talk tickets at Villa Marina and Gaiety Theatre, Douglas. Sir Ranulph was born in the UK in 1944 and brought up in South Africa before returning to the UK and attending Eton College. He failed his A Levels and joined the SAS, becoming the youngest captain in the British army. In 1970 he married his childhood sweetheart and they launched some record-breaking expeditions, including being the first team to reach both Poles, cross Antarctic and Arctic Ocean, circumnavigate the world along its polar axis and much more. He became the oldest Briton to ever summit Everest in May 2009, when he also raised over ?6.2m for Marie Curie.
Approximate runtime 2 hours (including any interval).

Sir Ranulph Fiennes - Living Dangerously tickets: The tabs above allow you to select between links to suppliers and date searching. Click on a supplier's logo to see their details and on the 'buy now' button to see and check the tickets on offer. Meal deals (tickets plus a meal) usually represent excellent value for money. Theatre breaks (tickets plus a hotel room) can provide considerable savings.