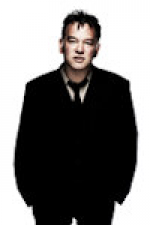 Information for Stewart Lee - Snowflake/Tornado at Festival Theatre, Edinburgh (Comedy). Stewart Lee began stand-up at the age of 20 in 1988, winning the Hackney Empire new act of the year award in 1990. In the 90's he contributed to various BBC Radio comedy shows, including Fist of Fun and On The Hour, with Steve Coogan and Chris Morris, performed as a stand-up almost nightly on the London circuit, and co-created four series for BBC2 with Richard Herring. Tornado questions Stew's position in the comedy marketplace after Netflix mistakenly lists his show as "reports of sharks falling from the skies are on the rise again. Nobody on the Eastern Seaboard is safe." Snowflake questions Stew's worth in a society demolishing the liberal values he has been keen to espouse in a fairy-tale landscape of winter wonder. Stewart Lee - Snowflake/Tornado website.
Approximate runtime 2 hours 20 minutes (including any interval).
Age Advisory: 14+