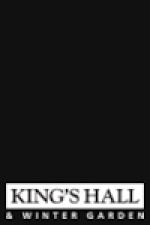 Find the best Clinton Baptiste - Baptiste vs Ramone comedy tickets at King's Hall, Ilkley. Clinton Baptiste is a character played by Alex Lowe, he is a clairvoyant, medium and psychic best known for his appearances on Peter Kay's award winning Phoenix Nights. Communicating with the Afterlife? What could be more mind expanding?! The public are rightly hypnotised by mere mortals with extra-sensory ability and Britain is honoured to have spawned two of the most gifted mystics in the world, the coiffured titans of the Unknown - Clinton Baptiste and Ramone Tamine.

Clinton Baptiste - Baptiste vs Ramone tickets: The tabs above allow you to select between links to suppliers and date searching. Click on a supplier's logo to see their details and on the 'buy now' button to see and check the tickets on offer. Meal deals (tickets plus a meal) usually represent excellent value for money. Theatre breaks (tickets plus a hotel room) can provide considerable savings.