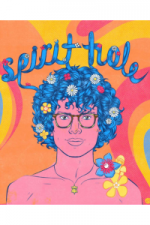 Find the best Simon Amstell - Spirit Hole comedy tickets at Alexandra Palace, Outer London. A young Amstell started performing on the comedy circuit when he was just 14 and later caught the eye of TV executives in 1998 after becoming the youngest ever finalist of the BBC New Comedy Awards. A short and somewhat chequered stint with Nickelodeon followed before he parted company with the children s channel and found himself much more at home as the cult co-host for Channel 4 s POPWORLD.

Simon Amstell - Spirit Hole tickets: The tabs above allow you to select between links to suppliers and date searching. Click on a supplier's logo to see their details and on the 'buy now' button to see and check the tickets on offer. Meal deals (tickets plus a meal) usually represent excellent value for money. Theatre breaks (tickets plus a hotel room) can provide considerable savings.