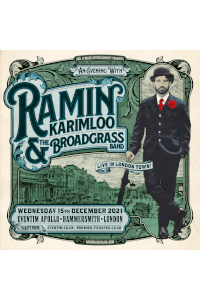 Find the best Ramin Karimloo concert tickets at Eventim Apollo, West End. Ramin, born in Iran, began his career in Toronto, Canada but a subsequent move to the UK has seen him establish himself as a sought-after performer in London's West End. Roles.

Wednesday, 15th December 2021.
19:00Scroll down for reviews, theatre information and other details.

Ramin Karimloo tickets: The tabs above allow you to select between links to suppliers and date searching. Click on a supplier's logo to see their details and on the 'buy now' button to see and check the tickets on offer. Meal deals (tickets plus a meal) usually represent excellent value for money. Theatre breaks (tickets plus a hotel room) can provide considerable savings.