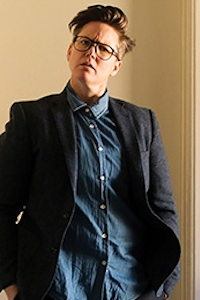 Find the best Hannah Gadsby - Body of Work comedy tickets at London Palladium, West End. Hannah doesn't smile much and she laughs even less. For a comedian that's like being a transformer that doesn't fancy driving. She hates talking and is not much chop when it comes to listening. She is a rock, an island, and a lone ranger. Nominee: Melbourne International Comedy Festival Best Show 2013

Hannah Gadsby - Body of Work tickets: The tabs above allow you to select between links to suppliers and date searching. Click on a supplier's logo to see their details and on the 'buy now' button to see and check the tickets on offer. Meal deals (tickets plus a meal) usually represent excellent value for money. Theatre breaks (tickets plus a hotel room) can provide considerable savings.