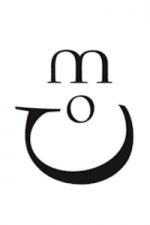 Information for Mark Steel - Every Little Thing's Gonna Be Alright at Museum of Comedy, Inner London (Comedy). Mark Steel has performed as a stand-up comedian on the British comedy circuit and on national tours since 1983. He has also written and performed four series of The Mark Steel Solution (Radio 4) and four series of The Mark Steel Lecture (Radio 4) - a collection of absorbing, half-hour profiles of historical figures. The television version of ?The Mark Steel Lectures' ran for three series on BBC4 and was nominated for a BAFTA Television Award. Mark is also a regular on TV shows such as "QI", a columnist for the Independent and an fan of both Crystal Palace and Kent County Cricket Club. Mark Steel - Every Little Thing's Gonna Be Alright website.