Find the best Lloyd Newson (DV8)/Rambert - Enter Achilles dance or ballet tickets at Peacock Theatre, West End. 25 years after legendary dance iconoclast Lloyd Newson (DV8 Physical Theatre) first dragged British pub culture kicking and yelling onto the stage, Rambert and Sadler's Wells present Newson's reworking of this "rare, rich, devastating, triumphant work of art" (Daily Telegraph). As pertinent now as it was when first staged in 1995, Enter Achilles wrestles with the notion of masculinity, through the funny, provocative and disturbing actions of eight men during an evening in a British pub. The critically acclaimed original production was made into an Emmy Award-winning film. It now returns to the stage with a new cast, selected by Newson, in his first collaboration with another company, the world-renowned Rambert.
Director Lloyd Newson. Choreographer Lloyd Newson.

Tuesday, 26th May 2020 to Saturday, 6th June 2020.Scroll down for reviews, theatre information and other details.

Lloyd Newson (DV8)/Rambert - Enter Achilles tickets: The tabs above allow you to select between links to suppliers and date searching. Click on a supplier's logo to see their details and on the 'buy now' button to see and check the tickets on offer.

SeatPlan has 241 reviews for seats at this venue, current ratings are;
Dress Circle: 0
Stalls: 0 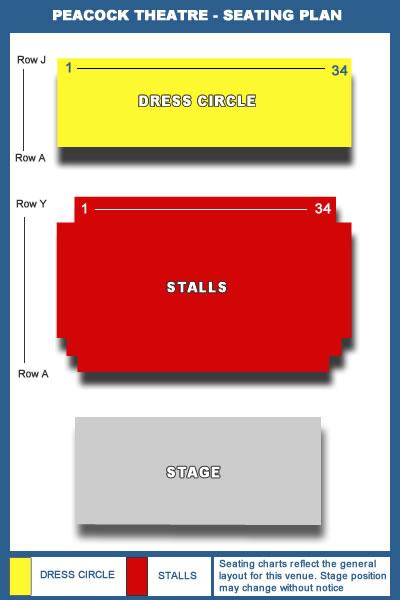