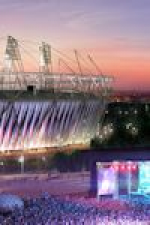 Find the best Green Day concert tickets at Queen Elizabeth Olympic Park, Outer London. Green Day burst onto the music scene re-inventing punk with the 1994 album 'Dookie' and selling 12 million copies on the way. Since then they've had twelve Top 40 singles and won a plethora of awards - especially for their live performances.

Green Day tickets: The tabs above allow you to select between links to suppliers and date searching. Click on a supplier's logo to see their details and on the 'buy now' button to see and check the tickets on offer. Meal deals (tickets plus a meal) usually represent excellent value for money. Theatre breaks (tickets plus a hotel room) can provide considerable savings.