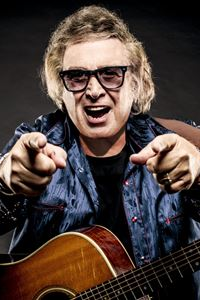 Over the course of his extraordinary career, Don McLean has sold over 40 gold and platinum records worldwide. The classic hit, American Pie was inducted into the Grammy Hall of Fame in 2002, and in 2004 Don himself was inducted into the Song Writers Hall of Fame. He has sold out arenas worldwide, performing 12 world tours and has performed more than 3,500 concert appearances.

You can embed this tour information on your own website by adding a single line of code to a page and using the Qtix code T1522487278 - for details see our Embed Information page.