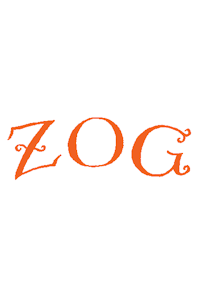 Large in size, and keen in nature, Zog is so eager to win a golden star at Madam Dragon's school, where dragons learn all the things that dragons need to know. Zog tries so very hard, perhaps too hard, and he bumps, burns and roars his way through years one, two and three. Luckily, the plucky Princess Pearl patches him up ready to face his biggest challenge yet...a duel with a knight, Sir Gadabout the Great! Zog promises to be roaring fun for all ages. World Premiere at The Rose Kingston

Reviews from 'The Stage'

You can embed this tour information on your own website by adding a single line of code to a page and using the Qtix code T022851620 - for details see our Embed Information page.

Overall: 1.00
Mr Ripoff (16Jun19): If you have read Zog then this production just doesn’t make sense. Absolute rubbish from the start to the end and everyone felt ripped off and disappointed. Doesn’t deserve to have any affiliation with the much loved Zog story. Avoid, avoid, avoid 1
Jules (29Apr19): Dreadful. Total waste of time and money. We all know the story inside out and parts were confusing for kids and adults. Scaffolding? No attempt at dressing it up. All in all woeful. I would be embarrassed to be associated with it. ?? 1
Caz austin (14Apr19): So disappointed, had been looking forward to taking youngest grandson to see one of his favourite characters and story. The show didn't stick with the story at all,started slowly with rubbish not connected to the story and didn't involve the kids very much. Compared with other recent shows very poor. 1
john mills (16Mar19):

Was excited to take my son to watch Zog, but that was woeful. I don’t think I’ve ever heard so many kids asking to go home from something designed for them. This is our third trip to the theatre in the past six months, but this was self-indulgent, amateurish, rubbish. I pretty sure you could design the whole set, costumes and props for the price a few patrons would have spent. Total waste of time and money.