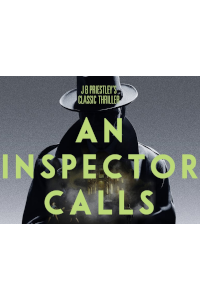 When Inspector Goole calls unexpectedly on the prosperous Birling family investigating the suicide of a poor young local woman his startling revelations shatter the very foundation of their lives. As the Inspector asks insinuating questions it becomes clear that they all bear guilt for the destruction of the woman they have variously exploited for cheap labour, cheap sex and worse - And then the plot thickens. Written at the end of the second World War and set before the first, An Inspector Calls is a brilliantly compelling and haunting thriller.
Approximate runtime 1 hour 50 minutes.
Age Advisory: 8+

Tour details for An Inspector Calls 2022

You can embed this tour information on your own website by adding a single line of code to a page and using the Qtix code T1804928468 - for details see our Embed Information page.

Receive email notifications of changes to An Inspector Calls.