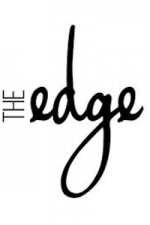 Find the best Rob Lamberti - George Michael Tribute concert tickets at The Edge Arena, Wigan. Not only does Rob Lamberti sound like the real McCoy the resemblance is so great that when Rob appeared as George on Granada TVs Stars in Their Eyes in 1994, the programme's make-up department had to 'tone down' his natural appearance before the 'transformation' took place, so as not to give away who Rob would be impersonating. Rob Lamberti - George Michael Tribute website.

Rob Lamberti - George Michael Tribute tickets: The tabs above allow you to select between links to suppliers and date searching. Click on a supplier's logo to see their details and on the 'buy now' button to see and check the tickets on offer. Meal deals (tickets plus a meal) usually represent excellent value for money. Theatre breaks (tickets plus a hotel room) can provide considerable savings.