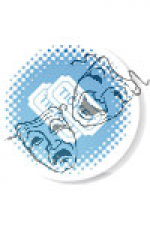 Find the best Funny Money play tickets at Wigan Little Theatre, Wigan. On the way home one night Henry Perkins, mild-mannered accountant, picks up the wrong briefcase on the Tube. Inside the briefcase Henry finds &pound;735,000 in used notes! So naturally he decides to flit to sunny Spain with his wife. Bliss! But then, enter two coppers. One to arrest him for erratic behaviour in the local pub. The other to ask him to identify the corpse of a murdered man called Henry Perkins! Calamity! What ensues is a spiralling confusion of fibs, false names and frantic deceptions. This huge West End hit by that

Funny Money tickets: The tabs above allow you to select between links to suppliers and date searching. Click on a supplier's logo to see their details and on the 'buy now' button to see and check the tickets on offer. Meal deals (tickets plus a meal) usually represent excellent value for money. Theatre breaks (tickets plus a hotel room) can provide considerable savings.