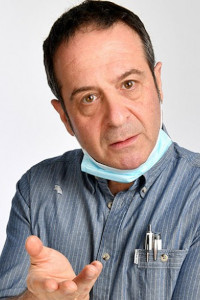 Following his award winning shows Bravo Figaro! and Extreme Ramblings, Mark Thomas returns with his true story of how Britain biggest arms manufacturer came to spy on a comedian. Ten years ago an activist and close friend of Mark's was exposed as a spy for BAE Systems infiltrating the movement. Now Mark wants to find him and has some questions to ask. In this personal tale of hubris, planes, demos and undercover deceit, the award-winning performer tries to unearth what it means to be spied upon by a corporation under the sanction of the state. As usual expect plenty of laughs, some weird characters, probably a tear or two and the vague possibility that Mark might get beaten up as he tries to find out if he wants revenge or can forgive a friend.