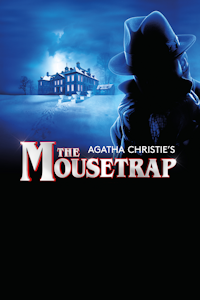 T01648778650
Opened at the Ambassadors Theatre in London on 25 November 1952. The World's Longest Running Play! A group of people gathered together in a remote part of the countryside discover there is a murderer in their midst. The question is which one of them is the guilty party.Archive :: production:T01648778650, play:S4276, venue:V1545109680
Current production:Work