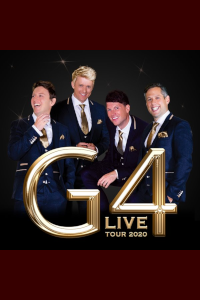 T1080694939
G4 set an exciting trend by bringing classical music to British reality TV screens for the first time in 2004 with their performance of Nessun Dorma. However, it was their cover of Bohemian Rhapsody that became their signature tune, storming the charts in 2005. Their eponymous debut album went straight to No.1, selling more than 245,000 in the first week, making it the fastest-selling album of the year.Archive :: production:T1080694939, concert:S1344313969, venue:V68
Current production:Tour/Production