The Witch of Edmonton 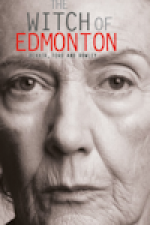 T1422277889
In the village of Edmonton, Elizabeth Sawyer is derided by her neighbours. A poor and lonely old woman, she is ostracised, harassed and accused of being a witch. In her abject misery, she wishes that she really were bewitched and so able to wreak vengeance. Unluckily for Elizabeth and the villagers of Edmonton, someone with the power to grant that wish is listening. As Elizabeth uses her new found powers to seek revenge on those who have wronged her, other villagers find their own lives falling apart and an attempted elopement ends in murder. When witch and murderer are finally caught, the people of Edmonton must decide if either crime merits forgiveness.Archive :: production:T1422277889, play:S721354975, venue:V136

Part of the Roaring Girls Season

The Witch of Edmonton review
01Nov14: Eileen Atkins at the RSC