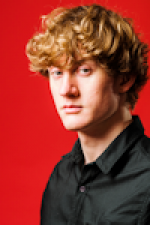 Join James as he works on his upcoming show 'Cold Lasagne Hate Myself 1999'. James' last three shows and Recap form the upcoming Netflix four-part series, Repertoire. He is the first UK comic to shoot more than one Netflix Original special. His debut book 'Classic Scrapes' made the Sunday Times bestseller list. A whimsical master, he has received acclaim from around the world, including a record breaking 5 consecutive nominations for ?Best Comedy Show' at the 2012, 2013, 2014, 2015 & 2016 Edinburgh Fringe Festivals. As seen on Mock the Week, Live at the Apollo, Would I Lie to You, QI and Have I Got News for You.