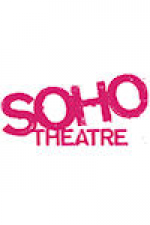 On cloud 9 one minute and battling your inner critic the next? Tiff Stevenson (Buzzcocks, Next Week's News, 7 Day Saturday) searches for optimism in a world of Kardashians, guns and Everyday Vodka. A finalist on ITV1's Show Me the Funny, Tiff Stevenson is a stand-up comedian, actor and writer, known for her honest material and instantly likeable disposition. She has appeared on programmes such as Never Mind the Buzzcocks (BBC Two), The Office (BBC Two), Balls of Steel (Channel 4) and Only Joking (Sky), and you may have heard her dulcet tones across the airwaves in her regular roles on radio shows such as MacCaulay & Co (BBC Radio Scotland), Front Row (BBC Radio 4) and 7 Day Saturday & Sunday with Al Murray (BBC Radio 5 Live). Upstairs