The Magic of the Beatles 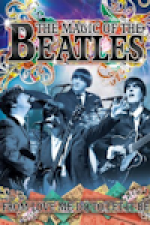 T0616432042
"The Magic of the Beatles is a two-hour spectacular featuring superb costumes and a cast of skilled musicians and singers," says show producer Michael Taylor. "It authentically recreates the live concert shows of John, Paul, George and Ringo that generated fan hysteria never seen before or since." The production has been on a UK-wide tour and visits towns and even, in some cases, venues that presented The Beatles during the early Sixties. The Magic of the Beatles retraces The Beatles infamous live shows and offers an insight into Beatlemania at its height. It boasts that it takes audiences from The Beatles' Mop Top roots to the psychedelia of Sgt Pepper and beyond.Archive :: production:T0616432042, concert:S97764651, venue:V546
Current production:Tour/Production