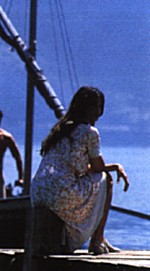 T0
The long awaited film adaptation of Louis de Bernieres' best selling novel. When a fisherman leaves to fight in the Greek army during WWII, the island is invaded and his fiancee falls in love with the mandolin playing Italian officer Captain Corelli.Archive :: film:S1731435564, venue:V1788103463