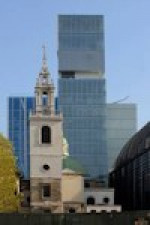 T639065915
1974 was the year when, among other things - Disposable razors were invented by Gillette; Muhammad Ali regained his world title against George Foreman; Richard Nixon left The White House in disgrace; Godfather 2 and The Exorcist were in released; The New Seekers split, the Wombles went from strength to strength, ABBA burst onto the scene and Mud had the Christmas number one with Lonely This Christmas And fourteen civilians died each month because of the Troubles While the rest of the country chews over the bones of a bad year, an unlikely collection of people in an alcohol treatment unit reveal their own circumstances, in ways which are often painfully funny. When strict and controlling Dr Truesdale unwillingly leaves his charges in the care of Dr Marie Cull (his fourth choice), she turns the residents, the unit and the year on their heads, offering an antidote to Limbo - if only for a couple of days. 1974 - The End Of The Year Show is hard hitting, funny and utterly compelling. It s about a time you ll remember, in a play you ll never forget.Archive :: production:T639065915, play:S1438091874, venue:V552