A Raisin in the Sun 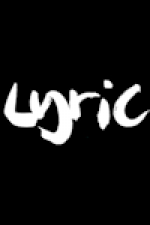 T01014626023
Walter Lee Younger has a dream - a dream that will get him and his family out of their tiny apartment in Southside Chicago. Money is coming, and with it will come freedom, dignity and ease. As the dream collapses a new man is born. And a new dream...Originally produced in 1959, A Raisin in the Sun was the first successful Broadway play by a Black writer. Hansberry was the youngest person and the first African-American to win the New York Drama Critics Circle Award for Best Play. When she was eight years old, a brick was thrown through the window of Lorraine Hansberry's home with such force that it embedded itself in a wall. The Hansberrys, a successful African-American family, had moved into an all-white area. This event and the legal fight that followed inspired her lifelong struggle for racial equality - and her most well known, groundbreaking and influential work A Raisin In the Sun.Archive :: production:T01014626023, play:S0495541245, venue:V315