THE THEATRE BY THE LAKE, KESWICK

Other spaces: Century Theatre
Keswick > The Theatre By The Lake
Current and forthcoming what's on, shows and events at Keswick's The Theatre By The Lake including venue details, location, news and links. Information is also included for other spaces at this location including; Century Theatre Located at the side of Derwentwater, Theatre by the Lake offers a whole host of events throughout the year, from visiting drama, music, dance, talks and comedy, to its home-produced work of an Easter production, a Summer Season of six plays and a Christmas show. It also hosts the Keswick Film Festival in February, the Words by the Water Literature Festival in March and the Keswick Jazz Festival in May. The first floor caf? is open daily and serves a range of snacks and drinks. The Stalls and Circle bars are open on evenings when there is a performance. There are also two free galleries, which host an ever-changing array of work by local and national artists. The theatre has two auditoria - a 380 seat Main House and a 75 seat Studio. Both auditoria are flexible spaces and can be used for in-the-round and end-stage performances, or flat-floored for conferences and trade fairs. Theatre by the Lake offers easy access for all its users. There are lifts to all levels and wheelchair users can get to all front-of-house and backstage areas, including central stalls positions in the Main House. The Main House has enhanced-hearing and induction loop systems. Winner of the 2015 My Theatre Matters! Most Welcoming Theatre Award - North West. You can also check out the iUKTDb The Theatre By The Lake (Keswick) archive with 1,141 shows listed up to Wednesday, 19th February 2020. Also includes archive for Century Theatre.

What's on at The Theatre By The Lake 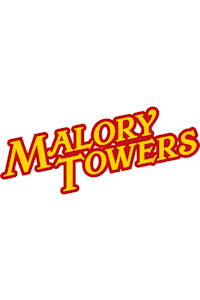 You can embed this tour information on your own website by adding a single line of code to a page and using the Qtix code V7 - for details see our Embed Information page.

Receive email notifications of changes and updates to The Theatre By The Lake, Keswick.