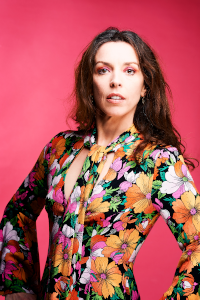 Find the best Bridget Christie - Who Am I? comedy tickets at Leicester Square Theatre, Inner London. In 2013 Bridget won the Foster's Edinburgh Comedy Award for Best Show with her show A BIC FOR HER. The show also won the 2014 South Bank Sky Arts Award for Best Comedy, the 2014 Chortle Award for Best Show and a 2014 Hospital 100 Club Award for Performance and Theatre. It won a prestigious 2014 Rose D'Or International Broadcasting Award for Best Radio Comedy. Between October 2015 and March 2016 Bridget had her own weekly column in Guardian Weekend magazine, for which she was nominated for a 2016 Glamour Magazine award. She has appeared in numerous TV and BBC Radio 4 programmes including Room 101, Have I Got News For You, Loose Ends and The Unbelievable Truth. Join Bridget as she tries to work out who she is and see her tell one of the most expensive and dangerous jokes in the history of stand-up. Bridget Christie - Who Am I? website.

Bridget Christie - Who Am I?

Tuesday, 14th December 2021 to Saturday, 18th December 2021.
TOUR DETAILS: Bridget Christie - Who Am I?
Scroll down for reviews, theatre information and other details.

Bridget Christie - Who Am I? tickets: The tabs above allow you to select between links to suppliers and date searching. Click on a supplier's logo to see their details and on the 'buy now' button to see and check the tickets on offer. Meal deals (tickets plus a meal) usually represent excellent value for money. Theatre breaks (tickets plus a hotel room) can provide considerable savings.

SeatPlan has 286 reviews for seats at this venue, current ratings are;
Stalls: 4.47