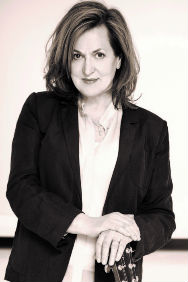 Find the best Barbara Dickson - Time is Going Faster concert tickets at Union Chapel, Inner London. Barbara Dickson is one of the most enduring and popular artistes in Britain today. Born in Dunfermline, Scotland, Barbara's love of music was evident from an early age. Her first hit single, ?Answer Me', was released early in 1976. 1980 provided her with her first gold album. In 1985 Barbara's ?I Know Him So Well,' recorded with Elaine Paige was released. It reached Number One in the UK and went on to become a Top Ten hit around the world. Barbara Dickson - Time is Going Faster website.

Saturday, 7th May 2022.
TOUR DETAILS: Barbara Dickson - Time is Going Faster
Scroll down for reviews, theatre information and other details.

Barbara Dickson - Time is Going Faster tickets: The tabs above allow you to select between links to suppliers and date searching. Click on a supplier's logo to see their details and on the 'buy now' button to see and check the tickets on offer. Meal deals (tickets plus a meal) usually represent excellent value for money. Theatre breaks (tickets plus a hotel room) can provide considerable savings.