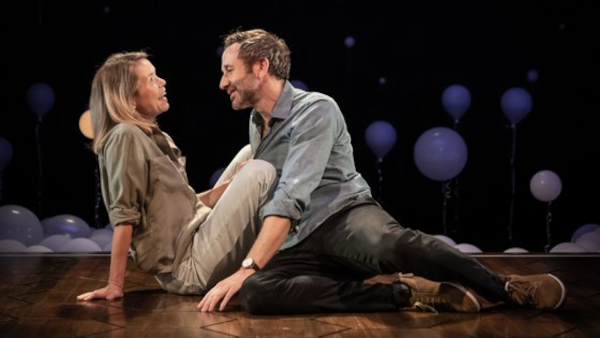 I was fascinated by the Donmar's decision to produce the same show with four different casts was very clever. I had seen the play twice before (London and New York) and loved it so I was keen to see this one. The on-demand ticket allows you to watch with a single cast for £15 (24 hours) or all four casts for £40 (14 days) but in the end I plumped for just the Anna Maxwell Martin and Chris O'Dowd version.

This is a fascinating play looking at the possibilities opened by the idea of a multiverse - an infinite set of parallel universes each differing in just a single event. Almost impossible to think about but mathematically elegant, it provides a framework for the story of a couple and all the varying decisions that they do and don't make. We are given a matrix of almost identical paths through their relationship to explore - an approach that opens so many unanswered, and unanswerable, questions about our place in the universe. It might not suit everyone but I love this.