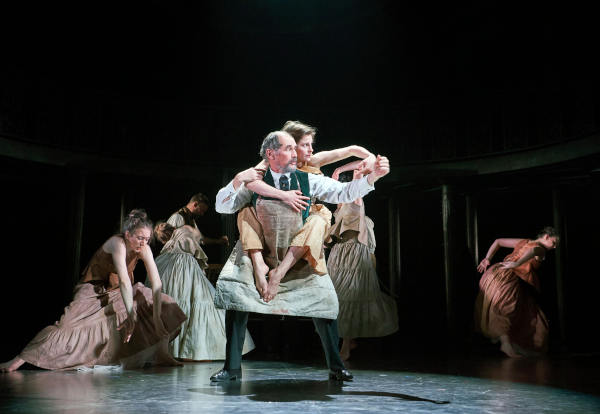 What a remarkable evening of theatre, and what a remarkable story. In the 19th Century, Dr Semmelweis was working in obstetrics in Vienna and was shocked at the death rate in mothers and babies coming through the hospital. None of the official or established justifications seemed to him to explain either the high rate or the variations in rates between the doctors' ward and the midwives' ward. With the help of some colleagues he set out to challenge the accepted wisdoms of Western medicine and find the true root cause, and from that a "cure". It turned out that hand washing was all that was required - simple cleanliness for the doctors and midwives reduced death rates from over 8% to under 0.18%.

So why is Semmelweis not one of the most famous physicians of all time? Why would his name score 0 in a round of Pointless? Why, indeed, was it only decades after his death, ironically of sepsis, that his simple message became accepted. A question asked by Mark Rylance and finally explored in this amazing play. It would seem that part of the problem was Semmelweis himself, or rather, his inability to communicate his idea because of his language skills and a refusal to "play politics". In the battle between the emerging scientific method he represented and an establishment reluctant to accept new ideas he simply didn't have the skills to change minds. Of course, for doctors to accept this new idea was also to accept that they themselves had been the agents of death for so many women - coming from the autopsy table to the childbed with barely a wipe of their hands between.

The production relies heavily on movement and music to underscore the play and this helps to draw the audience in to the world Dr Semmelweis inhabited. The Staging is particularly effective at moving us around the hospital and other locations without impeding the pace of the production. In less imaginative hands this could have become something of a history lecture but here we buy in completely to the lives of the characters on stage.

This is a show that really touched something deep inside me, and most of the audience. The final, silent, moment of the play was hugely effective and left me with a real sense of the despair that Semmelweis, and his few followers, must have felt. I shall remember this evening of theatre for a very long time and I hope, as a result, I shall also remember Semmelweis and what he tried to achieve.