No Picnic at the Drayton

Sat, 19th Oct 19
Greg Freeman's "No Picnic" for two performance only - with us!
No Picnic (Drayton Arms Theatre, Inner London)>> 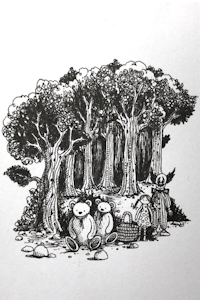 Want to see us "doing" rather than "reviewing"?!

Want to see a play that talks about truth and lies without mentioning “fake news”?

Want to see a play about a land ruled by clowns without mentioning “Trump” or “Boris”?

Greg Freeman's "No Picnic" is just such a play, one that covers the nature of lying, cynical political motives, disenfranchisement, the treatment of "outsiders" and a world where the ruling class have little regard for the law, or the ballot box - sound familiar? Whilst not written about our current times this play could not chime louder than it does with the way things are just now

Why not come on Sunday and book a roast beforehand.

Whatever parliament does, we will beat the deadline!