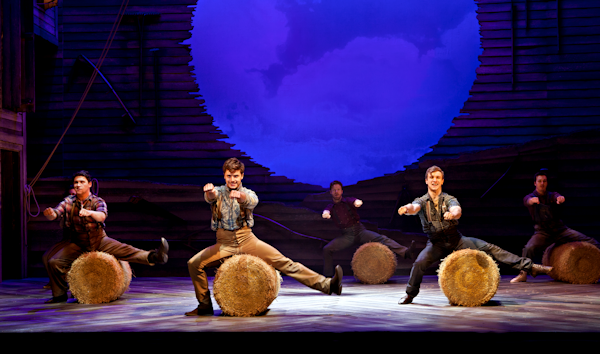 Oklahoma! is not, perhaps, my favourite musical, but I do have a big soft spot for it, not least because U have been in it myself. I have seen it a good few times over the years and if not handled with a nice light touch it can, despite the great songs, be a bit turgid, especially in the dream sequence.

No such problems tonight. Despite being near the end of the tour this show was as bright as one of Ali Hakim's buttons. Full of life and with Gary Wilmott finding all the (not inconsiderable) humour in his role this was a real delight. The cast worked hard to keep the show moving and the set was very effective - though I worried about the woble on the schoolhouse, mind you, it is still being built!

A most enjoyable evening out -  it's Oklahoma!, what's not to like ;-)