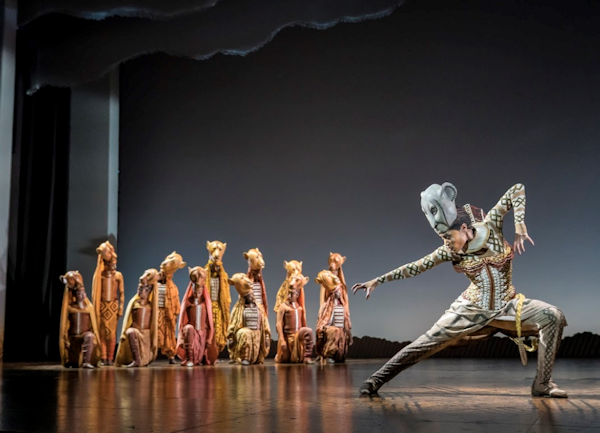 I remember seeing the last Lion King tour back in 2012, also in Bristol, and before that (2001 to be precise) taking in a matinee of the London show which, of course, is still running - tonight's performance of the new tour, however, takes the gold!

The story remains true to theh film but the presentation is different, this is, after all, a stage musical. I found the repressentation of the forest delightful and the elephant graveyard is excellently portrayed though perhaps Pride Rock lacks a little gravitas - I don't tink it really matters, you buy in to the whole thing very quickly. I was surprised during the bows at the end that the hyenas wore face make-up, I had simply not clocked their faces as I was so engaged with the animal masks! In fact all of the masks work to give you the animal rather than the actor. The African music is wonderful, Elton John's songs fit well but it is the main rhythms that stay with you - helped by two of the theatre's boxes being entirely devoted to drums!

Rafiki (Thandazile Soni) steals the show for me, I love the character and the performance with the other stand-out performances being Mufasa (Jean-Luc Guizonne) and Zazu (Matthew Forbes) though Scar (Richard Hurst) certainly deserves a mention for keeping up the menace - we love a villain be he ever so nasty! The whole company really work at this show leading to a feeling that you are seeing something quite special. 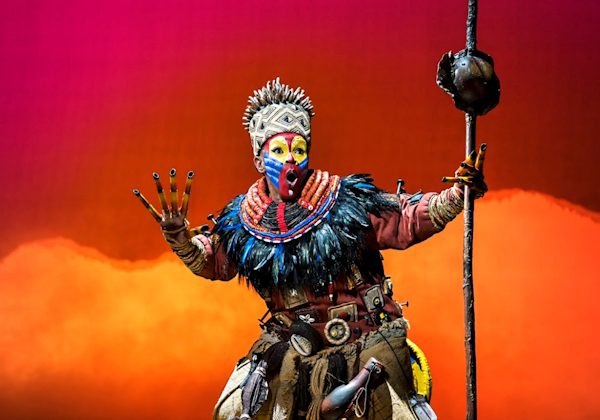 This really doesn't feeling like a "touring version". If I had a concern back in 2012 it was that there were simply not enough cast to fill the stage - they worked hard but it did look at times like some of the animals were on the edge of extinction! This tour, however, has none of that feel - twenty five hyenas filled the stage, the forest was packed and the opening walk down was utterly amazing with the whole auditorium and stage feeling full to bursting and getting a well deserved round of applause. Anyone familiar with the Bristol Hippodrome can't fail to notice that they have even re-arranged the stalls seating to accomodate this show - actually, the new layout seems to work better, I wonder if it will stay? 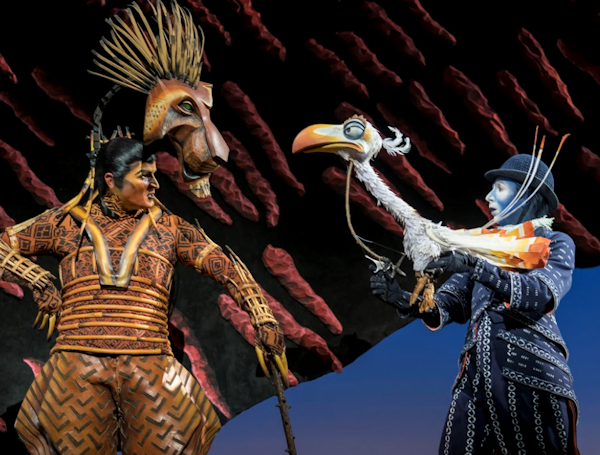 The full tour of the UK and Ireland will be nine venues. Bristol, Edinburgh, Cardiff, Southampton and Bradford have been announced so far. Each venue is getting an exteded "residency" and one has alreadu announced an extension - this is a big show and despite some high priced tickets it is selling very well - for us in the West Country it is still a whole lot cheaper than going down to London.

This is a genuine treat, a really big show given a full-on production - go see it, it may not be back for another seven years or so!