West End > Theatre Royal Drury Lane
Current and forthcoming what's on, shows and events at West End's Theatre Royal Drury Lane including venue details, location, news and links. London's oldest theatre still in use. The first theatre on this site was built in 1662 and opened as the Theatre Royal in 1663. Destroyed by fire in 1672 and re-designed by Sir Christopher Wren re-opening in 1674. Forced to close in 1676 as Dorset Garden was more popular. By 1682 London could only support one theatre and a combined company re-occupied Drury Lane. In 1791 the theatre closed and was re-built to a design by Holland, re-opening in 1794. It burned down in 1809. A new theatre opened in 1812 designed by Wyatt and closed in 1878 (bankruptcy). The theatre re-opened in 1879 and has been open ever since, it closed briefly in 1939 but re-opened as the HQ of ENSA, despite being bombed in 1940. The theatre has a lot of history! One odd tradition, on Twelfth Night each year a large cake is given to the actors at the theatre courtesy of a Robert Baddeley, who died in 1794 … 1996 marked the 200th anniversary. 2245 seats. Backstage Tours are available (approx 90 minutes), information on 020 7240 5357. Prior to the opening of The Witches of Eastwick, the auditorium of the Theatre Royal was architecturally remodelled, giving it a new seating configuration. The previous capacity of 2,245 seats was reduced to 1,650 to maximise intimacy. Society of London Theatre member. Jan 2019 - Shut for 20 months to undergo a £45 million renovation project. You can also check out the iUKTDb Theatre Royal Drury Lane (West End) archive with 103 shows listed from Wednesday, 20th September 1989 up to Saturday, 5th January 2019. 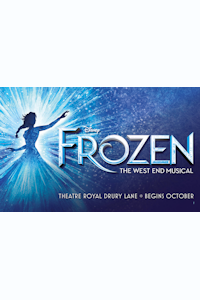 You can embed this tour information on your own website by adding a single line of code to a page and using the Qtix code V390 - for details see our Embed Information page.