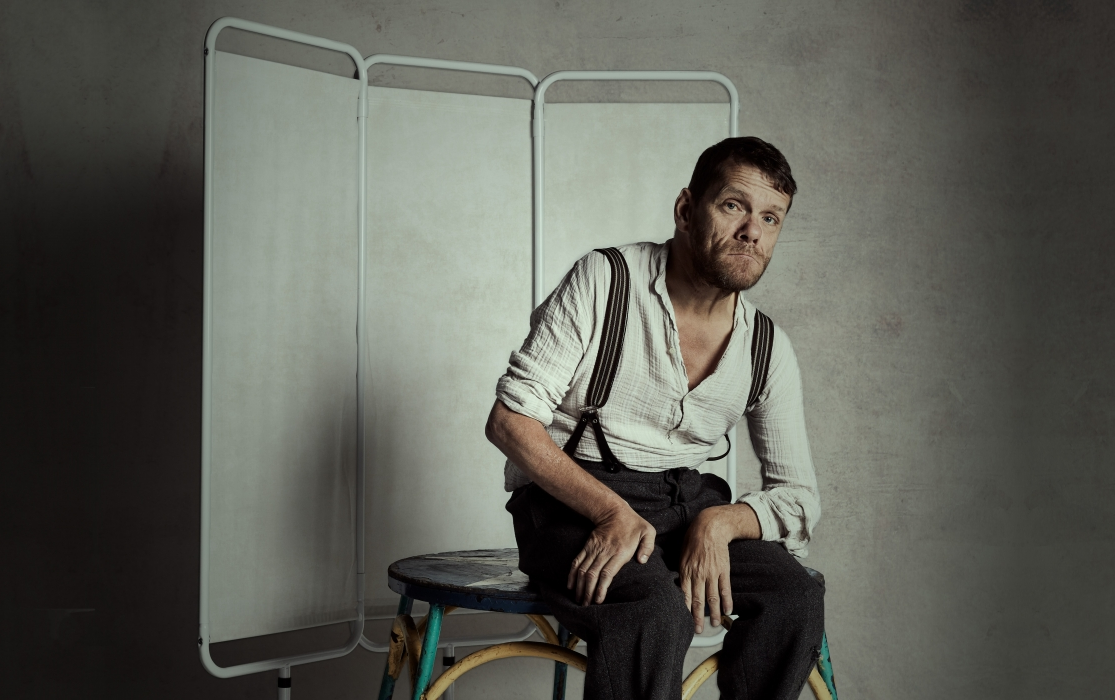 Most will know the story of The Elephant Man; Joseph Merrick is put on display as part of a freak show to horrify Victorian audiences, who come to gawp and laugh at his physical disfigurements. A surgeon at the London hospital, Frederick Treves, discovers him and makes him a home at the hospital, after a public appeal letter in The Times ensured funds were raised for his care.

After memorably being played by John Hurt in the 1980 David Lynch film, the role of John Merrick is usually played by an actor taking on the physicality of someone with a disability, and their acting prowess is, in turn, highly praised. Now, Diverse City and Bristol Old Vic Theatre School have combined to produce a play that challenges us to take a better look at how we view disability, and how often we marginalise disabled people in society, often without intention.

Playing the role of Merrick, is Jamie Beddard, co-artistic director of Diverse City, and an actor of extreme depth, compassion, and humility, who also happens to have a disability. The rest of the ensemble cast is made up of BOVTS students, all of whom also executed their roles perfectly.

This production of The Elephant Man was brilliantly understated; presented without fanfare or ceremony, and it worked beautifully. The set was intriguing, with the large central crate being put to various uses; sometimes the dingy room where Merrick was exhibited, sometimes a stage, sometimes a ferry boat. Various signs, excellently incorporated into the set changes, broke the narrative up into chapters as if we were reading a story and indeed, that’s what we could have done since all of the dialogue was displayed on screens above the stage. A small aside- I loved how the font of each person’s lines reflected their character; swirling cursive for the elegant Mrs Kendal, for example, and short, punchy typewriter script for Merrick.

The relationship between Beddard’s Merrick, and Alex Wilson as Frederick Treves was intriguing; whilst Treves seemed to have all good intentions for Merrick, especially by introducing him to society, the continual highlighting of his disability and disfigurement really prompted the audience to think about how we view and treat others. Yes, I realise times have changed and we’ve come a long way but let’s be honest; there’s still an awfully long way to go. Beddard and Wilson worked so well together that time seemed to melt away when they were both on the stage, talking with one another. The whole show is to be applauded for its brilliance; outstanding performances from all, especially Beddard who not only took on and reclaimed one of the most iconic disabled character roles, he also made himself vulnerable on stage in order that we as an audience could better understand the daily barriers to inclusion that people with a disability can face.

UK TW say that "Lipstick On Your Collar" is on for Aug. 2921 - they are wrong/ - it has been rescheduled for 2-22! Ed: Thank you, we have updated according to the new dates in the Box Office.

This show is actually CODA - a Tribute to Led Zeppelin and is now on Sunday 13th March 2022. See you there! ED: Thank you! I have updated the information