What Remains of Us

4
Seen at the Bristol Old Vic.
By Paula
What Remains of Us tour details>> 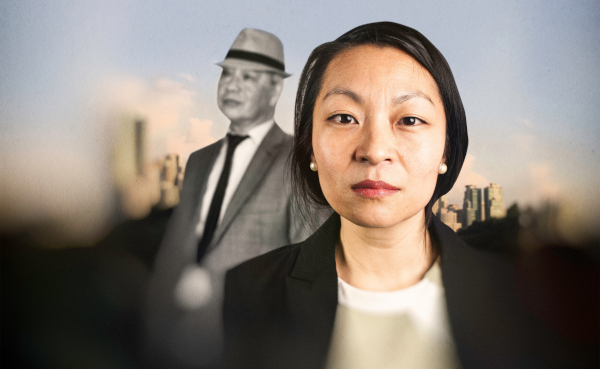 This compelling story is about human connection, grief and forgiveness. Based on real life experiences of a divided country, it explores the dynamic between a father and daughter who have not seen each other for 50 years. Separated by the North/South divide in Korea when Seung-Ki was just 3 years old but reunited through the state organised ‘reunions’.

This is a powerful telling of a brief reunion; meeting face to face for the first time – Seung-Ki (Jung Sun den Hollander) a grown woman who lives and works in South Korea and Kwan-Suk (Kwong Loke) her ageing father from the North. In just three meetings, starting as strangers, the play follows their struggle to connect, to cover 50 missed years of life and to understand each other’s ‘new’ life on opposite sides of a militarised barrier.

When Kwan-Suk left the South as a South Korean soldier 50 years before he expected to return; and his family waited for that day. As the story unfolds there are unexpected revelations and a growing realisation by Seung-Ki that while she has spent 50 years keeping the memory of her father alive while caring for elderly grandmother and mother, his life under the rule of North Korea’s ‘great ruler has moved on.

This story unfolds against a minimal but effective set. Subtle and innovative use of light and striking movement and music are as much part of the narrative as the spoken word. The thread of separation and connection is cleverly portrayed with a central table – the scene of their first meeting. Although materially a lesser physical division than a country border it appears insurmountable; 50 years of dis-connect and separation are never going to be easily broken down. A projected digital clock adds the sense of urgency as time ticks by over their three encounters as Seung-Ki repeatedly asks her father ‘what did you do to remember’.

This is a raw and moving play reflecting the real-world reunions (1985, 2015 and 2018) which took place under the glare of the world’s media. At its heart it’s about the most fundamental human relationship between a father and a daughter; opening a window on the despair and pain of Korea’s divided families.

Super performances by Jung Sen den Hollander and Kwong Loke bring the story to life and the 90 minutes passed in the blink of an eye. Be prepared to see into the heart of these characters and take some tissues!